Skip to content
Victims of Crime & the Parte Civile Role 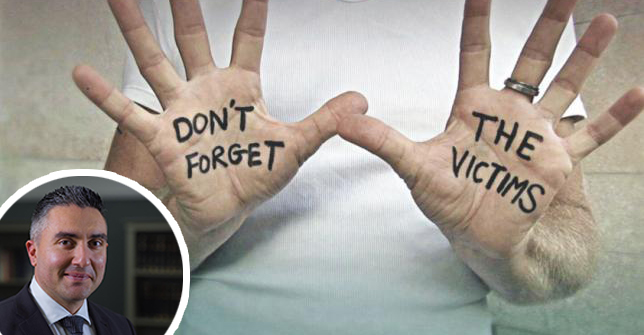 Article 1 – Introduction and Definition of Victims of Crime

In 2015 the Victims of Crime Act (Chapter 539) was enacted with the clear intention of providing for the rights, support and protection of victims.

With this legislation and its further amendments in place, with the help of his/her lawyers the victim was given both procedural rights (by way of putting obligations on the Executive Police as soon as a report is lodged) as well as representative rights in Criminal Proceedings against the offenders.

“Who is considered as a Victim to Maltese Laws?”

The term “victim” is defined by the Victims of Crime Act (Chapt. 539) listing the following:

(a) Any natural person who has suffered physical, mental or emotional harm or economic loss all of which must be directly cause by the commission of a crime:

As typical examples of this we find:

In addition, by including mental or emotional harm, the definition includes persons who are victims of crimes such as domestic abuse, harassment, stalking and fear of violence. So basically the law places any person who is directly affected by a crime under the “victim” umbrella.

(b) Family members of a person whose death was directly caused by a criminal offence and who have suffered harm as a result of that person’s death:

This category of persons is clearly intended to protect the family members of a person who is killed.  The demise can be caused either in a voluntary manner (homicide) or in an involuntary manner (by way of negligence). As typical examples of death caused by negligence we find persons who get killed in motor-vehicle accidents or cases where a building collapses and person/s get killed.

(c)  Minors who are witnesses to forms of violence:

An important question here is where does minority end?

Minority is defined by the Victims of Crime Act itself imported from article 157 of the Civil Code (Chapt. 16) which states that “A minor is a person of either sex who has not yet attained the age of eighteen years”.

So therefore, this category is pointing towards children under the age of 18 who witness any form if violence. A typical example is witnessing domestic violence cases.

This article is the first of a series on victims of crime & the parte civile role. The next article will explicate the obligations of the executive police towards victims of crime.