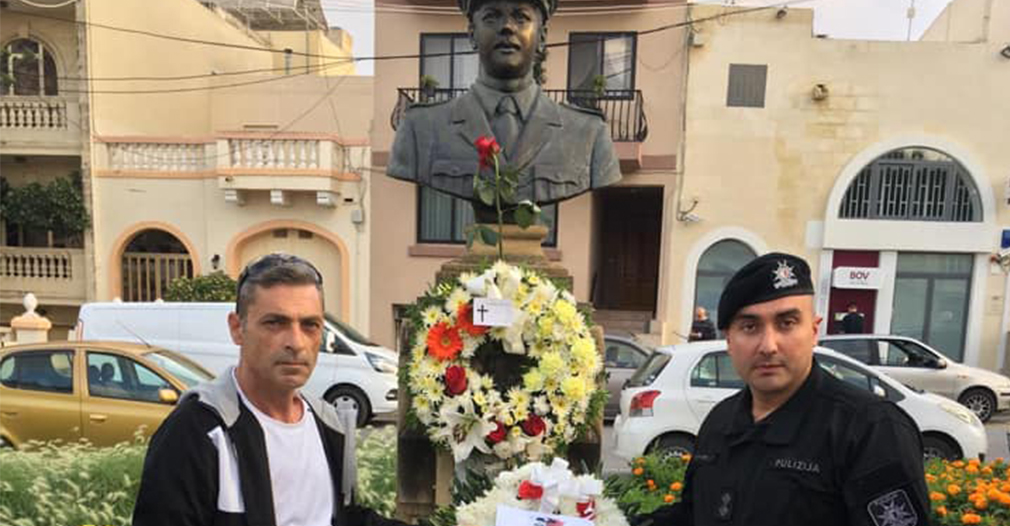 Today we remember our fallen hero Police Constable 949 Roger Debattista who 17 years ago was killed in the line of duty.

On the 12th November 2001, Debattista was on ‘extra duty’ guarding a bank in Ħal Qormi where he noticed three gunmen approaching the bank. As soon as he was trying to secure the door in order to protect the bank employees and clients, one of the gunmen fired a shot in his direction through the glass door hitting him. The gunman who was later identified as Andy Calleja fired another round at point blank to Debattista killing him.

The accused Mario Borġ and Mark Falzon were awarded a five year imprisonment punishment, whilst Ian Galdes was awarded seven years. Andy Calleja was given imprisonment for life which was later confirmed at appellate stage.

Roger Debattista was a father of three.